Classification of unfinished crime and its types is considered to be one of the most important problems of criminal law and judicial practice. The achievement of the objectives of the criminal law establishes a precise definition of the list of criminal acts, the application of punishment only to persons who are found guilty of committing crimes, the imposition of punishment depending on the nature and degree of implementation of the criminal intent. The solution of these problems requires consideration and solution of a range of issues related to unfinished criminal activity, such as preparation for a crime, attempted crime and completed crime. Consideration of the experience of foreign countries in consolidating the institution of unfinished crime is an important fact in solving the above tasks.

Foreign criminal law makes extensive use of the position that preparatory actions are not punished. This position is based on the fact that at the stage of preparation for the Commission of a crime, which is far behind the onset of the criminal result, it is still impossible to talk about the presence of socially dangerous behavior.

Quite often the preparatory action "ambiguous" from the point of view of future developments. For example, the purchase of poison can be a preparation for human poisoning, and preparation for disinfection (disinfection, removal of harmful insects or rodents). In both cases, the objects protected by criminal law do not bear any harm, at this stage a person may change his mind to commit any criminal actions in the future, and therefore the legislator may not pursue preparations, but take only preventive measures.

The history and formation of unfinished crime dates back to ancient times. This type of crime is being studied more and more thoroughly at every stage of its formation, in different historical periods.

The specificity of many foreign codes is the independent use of such an institution as a conspiracy.

Thus, most foreign codes do not distinguish preparation for a crime and do not assign criminal responsibility for it. Usually, in the General part of foreign criminal code provides for criminal liability for attempted crime, and the punishment for cooking only applies to certain exceptional crimes (these crimes are usually related to state crimes). The absence of criminal liability for preparatory actions in the legislation of most foreign countries is compensated by the expansion of the wording of the attempt to commit a crime. Despite some differences in the definition of attempted crime, it is limited to a fairly broad concept of "commencement of execution". This fact allows to include in it actions which in the Ukrainian criminal legislation can be recognized only as preparation for Commission of crime. 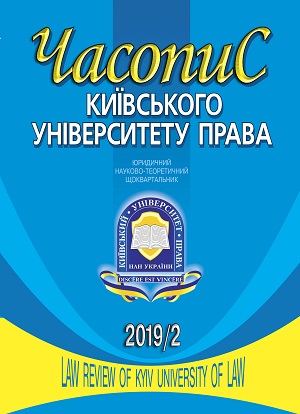